“Whosoever holds this hammer, if he be worthy, shall possess the power of Thor.”

In Marvel comics, Thor’s legendary hammer Mjolnir is famous for being able to be wielded only by the worthy.

Allen Pan of Sufficiently Advanced might not be a superhero, but he’s comes pretty close as a super nerd. He built an awesome replica of Thor’s hammer that not only looks great, but can only be picked up by him. 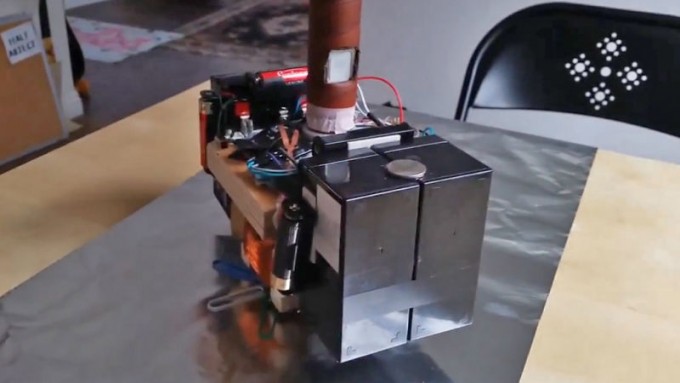 The hammer features a built in battery-powered electromagnet (borrowed from an old microwave) that only turns off when it recognises his fingerprint via a fingerprint scanner on the handle. When placed on a metal surface like a manhole cover, nothing short of a crane can lift it.  So it may seem like magic, but it’s just really technology. He showed off his new toy at Venice Beach, and now this video is going viral!

In Marvel comics, Thor’s legendary hammer Mjolnir is famous for being able to be wielded only by the worthy.

Previous PostBulldog not so sure about his birthday cake Next PostThis just sums up cats in 12 seconds!