Man goes fishing with drone and something unexpected happens

A farmer decides to try his luck fishing with his DJI Phantom quadcopter.

I’ve been trying to think up various ways to justify paying the large price tag for a drone with no luck so far but it seems that farmer Derek Klingenberg has found his.  Drone Fishing!!

Farmer Derek claim’s that this is his first attempt trying to fish with his drone but due to his expression i guess he has tried quite a few times before.  He sets of his quadcopter with line, float and bait attached and positions it over a lake.  It doesn’t take long for him to get a bite and with a burst of excitement he pulls out a very small fish, the drone lifts the fish out with ease.

Derek even pose’s for a selfie with the fish in mid air: 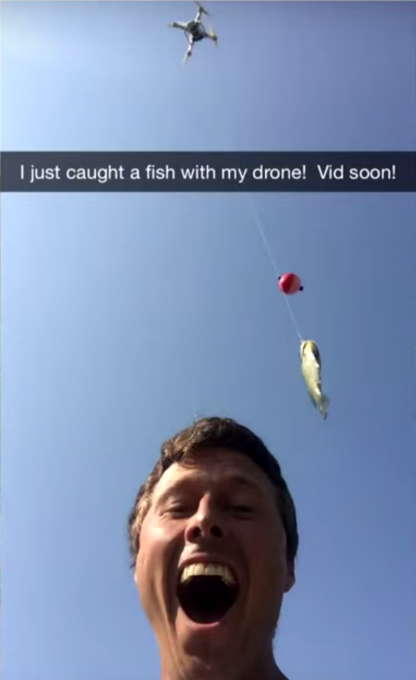