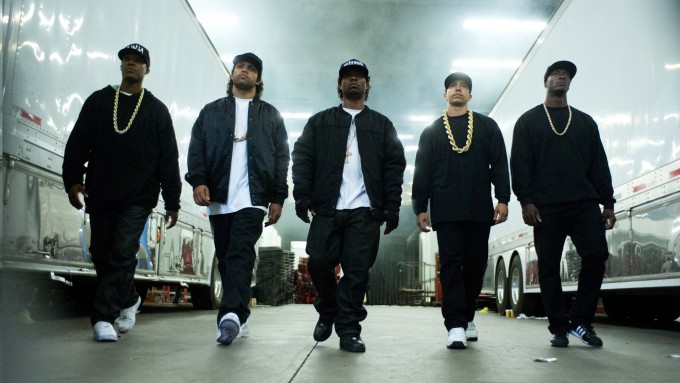 Like many of you I watched NWA‘s film Straight Outta Compton which came out in cinema’s a couple weeks ago, I loved it and since then I have started listening to their songs again and watching videos of some of their past show’s online. I came across some interesting facts about what actually happened in some of the films major scenes, they are quite different from what the film portrays.

One of the movies most dramatic scenes takes place in Detroit in 1989 during a concert, NWA were told not to play their famous song “F*ck Tha Police”, The group play it anyway, stirring up the crowd.  During their performance explosions and gunshots are heard as undercover police storm the stage.  NWA are chased off stage by the police who arrest them outside the venue in front of fans, this kicks off a riot in Detroit.

I had a look into what actually happened that day, the real story is actually a little different.

I understand that Straight Outta Compton is a hollywood movie and it is only based on true stories, they need to make the film more dramatic.

In reality the group agreed with their promoter that they wouldn’t sing the song during the tour as police were everywhere.  One night they had a falling-out with their promotor and decided in-spite of their agreement they would sing the song.  So during their gig at Joe Louis Arena they played it and during their performance police rushed the stage and throwing firecrackers, they did intend on arresting the group in front of the crowd to make a point that you can’t say “F*ck the police” and get away with it but the group fled the stage as they believed the fire crackers were real gunshots and they were too much of an easy target.

“They started the trouble,” he said. “We only had one more verse to go and that song would have been over. Kids didn’t go kill police.”

The group fled to their hotel rooms, later on the police arrested them in the lobby but only so they could get autographs for their friends and kids. No one in the group was charged.